On October 21, 2021 a cooperation agreement was signed between "Ortez" և "Proteor" companies. 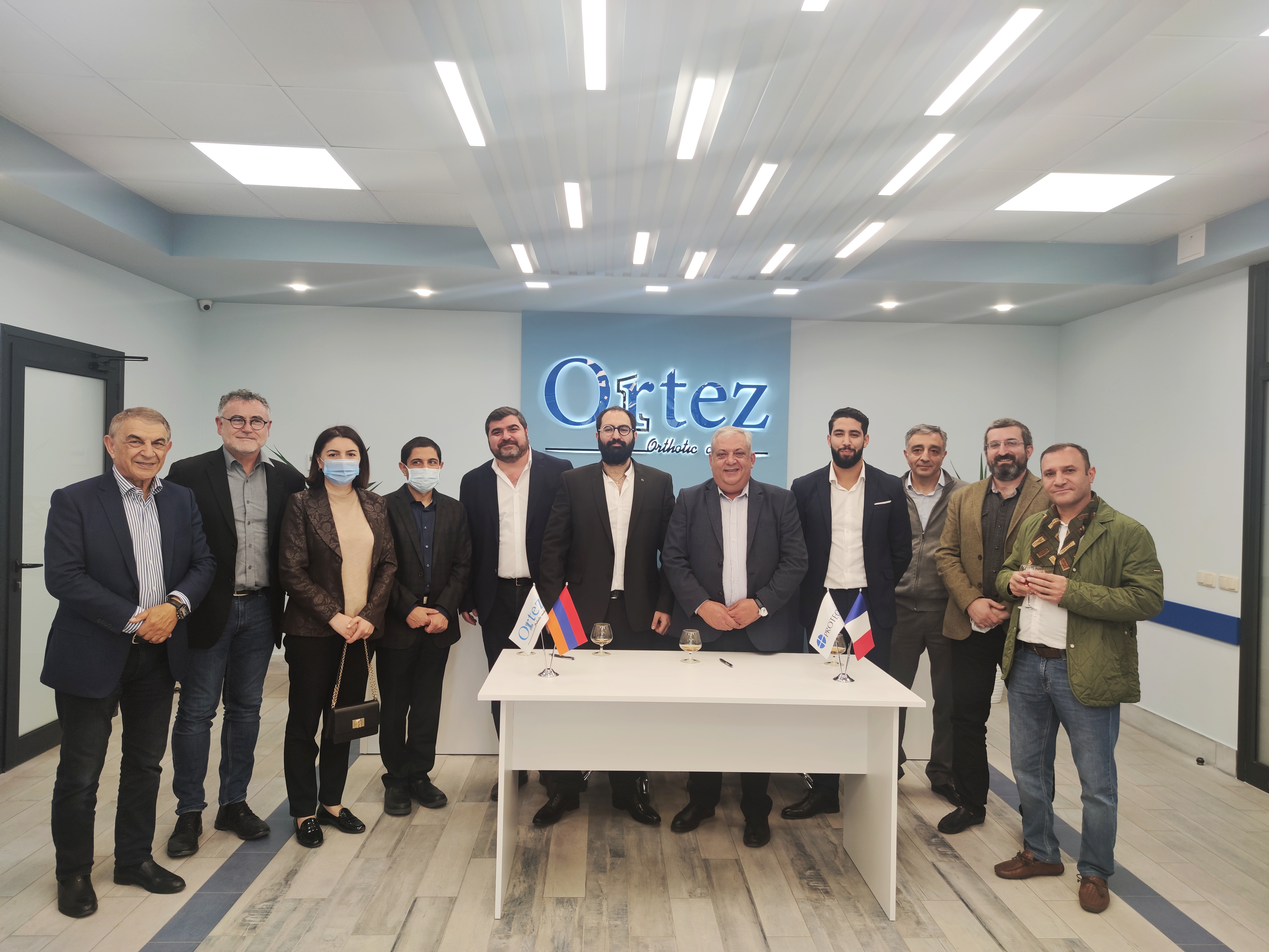 An agreement was signed between Ortez LLC orthotic and prosthetics center and French company PROTEOR, as a result of which "Ortez" center is now the only and exclusive representative of the world-famous company "PROTEOR" in Armenia.
The best traumatologists, orthosists, prosthetists, as well as the representatives of the Ministry of Health of RA were present at the signing ceremony.
We would like to express special gratefulness to Boyadjian family, the representatives of "Ortez" LLC in France, in particular to Azad Boyadjian, whose hard-working negotiations, which took almost a year, made it possible to implement such program, which has a tremendous importance for Armenia.
We are happy and proud at the same time to cooperate with our friendly country France, and to be a partner of such an innovative company as the "PROTEOR". We are sure that due to such cooperation prosthetics will be able to reach a whole new level in Armenia.
The motto of the "PROTEOR" is "Humans first", and we totally share that ideology.